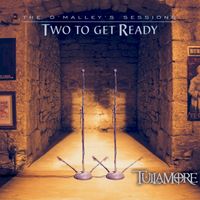 …if you have ever wondered about the existence of a Texas-Irish song… wonder no more. This song comes to us by way of Bruce Clavey – author, littérateur of Texas history, and brother of the band – and a poem he wrote called “The Flight Of the Gonzales Rangers”. The story begins with Kentucky-born, Missouri-raised Green DeWitt (1787-1835) who enlisted in the Missouri militia, fought in the War of 1812, rose to the rank of Captain by the war’s end, and was elected Sheriff of Ralls County. In 1825, with the help of Stephen Austin, DeWitt’s second petition to settle colonists in Texas was granted. As empresario, he was permitted to settle 400 (primarily St Louis Irish) Catholic families in a colony roughly comprising present-day Caldwell, DeWitt, Guadalupe, Gonzales, and Lavaca counties. Gonzales was established as the capital of DeWitt’s colony. Ten years later, Gonzales fired the first shots of the Texan Revolution – flying the now famous “Come And Take It” flag and winning the skirmish known as the Battle of Gonzales. Nearly six months later, under Lt. George C. Kimble and with Capt. Albert Martin, the Gonzales Rangers left the town and rode the 70 miles to San Antonio to the aid of Col. William B. Travis, “passed the lines of Santa Anna and entered the walls of the Alamo, never more to leave them”. That they willingly resolved with Travis and his band "never to surrender or retreat" is a matter of record; that their death did not forestall that oath, however, is the fancy of our piece. We set the poem to the traditional Irish melody “Skibbereen”. The tune used for both the introduction and the interlude was written by Dmitri Tiomkin, a Russian-born composer who wrote film-scores. This was a piece from the John Wayne file “Rio Bravo” called “El Degüello” (‘the cutthroat’). It is NOT the bugle-call of the same name played at the Battle of the Alamo. That is happy (?) coincidence…

One cloudy day from San Antone, a courier flew by. Santy Anno’s men had shut them in, ‘twas “Victory or Die”. Three dozen of old Erin’s sons – they mounted with a start. Then kissed their brides and thundered off – “It’s time to do our part”.

Those Rangers of Gonzales flew a hundred lonely miles, and at the Alamo they saw two hundred hopeless smiles. And when the dust kicked up they saw two thous’nd soldados tread. And when it fell two hundred and three dozen men lay dead.

At Saint Jacinto, Fate was there another six weeks hence where on the bayou Texans faced the final battle thence. She held her breath as Houston fell and rolled beneath his horse. Then bellowed out a mighty gust – “It’s time to bring the force”.

It wasn’t really possible – in eighteen minutes’ time, six hundred lives the Texans took and only lost their nine. ’Twas thunder come from clear blue skies that rolled across the plain. Then cried the wind as the Rangers of Gonzales rode again: “Remember the Alamo!”