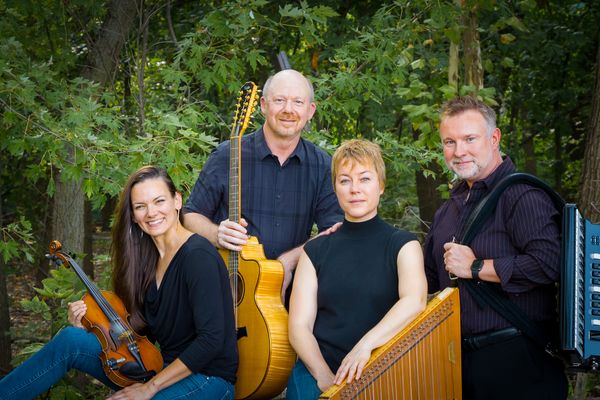 Now in their 24th season, a steady slate of performances throughout Ireland, Scotland, and the US have made Tullamore one of the Heartland's premiere Celtic bands.

Tullamore’s sound is unmistakable - an American-folk body with a traditional Celtic soul. Their take on Celtic music is rich and clear vocals, tight harmonies and instrumentals, and cool and clever arrangements.

Across the country and across the ocean, from arts-centers to pubs, Irish Festivals to Scottish Highland Games, Tullamore are favorites wherever they go.