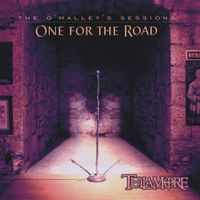 While the catchphrase for the band is "the traditional and contemporary music of Ireland and Scotland", it fell out that when Tullamore first began performing, the bulk of gigs we were getting were Irish leaning. In fact, it took a few years to get our foot in the Scottish door… but once we did, we took to beefing up our repertoire of Scots material, mainly in the form of songs by Robert Burns. Scotland's National Bard was born in 1759, the eldest of seven, to a poor Ayrshire tenant-farming family. He was a well-read child, and at 15 wrote his first verse, "My Handsome Nell", an ode to the subjects that gave his life meaning - women and scotch. At 25, his father died and he became partners in the farm with his brothers. On the verge of escaping his arduous life for the sunny climes of the West Indies, his first collection of poems was published, and the "Ploughman Poet" became an immediate national literary celebrity. His fame only went uphill from there, with him publishing over 600 songs and poems, including such masterpieces as "The Lea Rig", "Tam O'Shanter", "Auld Lang Syne", and "A Man's A Man For A' That". After his untimely death at 37, a staggering 10,000 mourners came to pay their respects. Here is our offering of another of his greatest works, "(My Luve Is Like) A Red, Red Rose".

My luve is like a red, red rose that's newly sprung in June. My luve is like a melodie that's sweetly play'd in tune. As fair art thou, my bonie lass, so deep in luve am I, and I will luve thee still, my dear, till a' the seas gang dry.