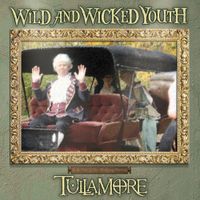 Here is our recording’s monument to overdone music. Alternately known as “Blooming Heather” and "Wild Mountain Thyme", the song is one of the most prolific pieces in the Celtic genre, and the smart bet would be that you could find an artist for every letter in the alphabet who has recorded it. So... we figured we would contribute to that circumstance. The song descends from another of Scotland’s beautiful ballads, "The Braes of Balquhidder"--without a doubt the most enduring legacy of Robert Tannahill, the weaver bard of Paisley. Adaptations of the song appeared in John Hamilton's collection "24 Scottish Songs" published in 1796 and Robert Archibald Smith’s 1821 anthology “Scottish Minstrel”. Francis McPeake (the elder, born in 1885, and patriarch of the gifted Belfast musical family) learned the song from his uncle as a boy, and introduced it to the modern Celtic music community on the 1952 recording “The Rights of Man”, made for the BBC (archive #18290, Folktrax #176). Before the recording, Francis had an interesting chat with Sean O'Baoill in which he speaks to the song's origins. "To tell you the truth it was… an uncle of mine... he really came from Dungannon, and he got a good many old songs like that, and I used to hear that very often, only to tell you the truth, I hadn't the last verse of it. But it was a thing from my boyhoods days I always liked... and started to work it on the pipes and liked to sing it. I don't know whether it's a Scotch one or not, it may, you know be a kind of a planter type you see, something in the nature of that." The family subsequently performed their arrangement of the song on their 1960 recording for Prestige, "The McPeakes". The introduction and interlude Mark devised are mildly (and unwittingly) reminiscent of James Scott Skinner's excellent tune, "Hector the Hero", the classic lament he penned in 1903 as a tribute to his friend, Major General Hector MacDonald.

Oh, the summer-time has come, and the trees are sweetly blooming. And the wild mountain thyme grows around the blooming heather.

I will build my love a bower by yon cool crystal fountain. Aye, and on it I will pile all the wildflowers of the mountain.

I will roam through the wild, and the deep glens so dreary. And return with my spoils to the bower of my dearie.

If my true-love, he were gone, I would surely find no other to pull wild mountain thyme all around the blooming heather.