WE ARE TWO WEEKS OUT!!

On April 22... the band, special guest-artists Hugh Morrison and Wolf Loescher, and another 87 family, friends, and fans will descend on Dublin Airport, board two motor-coaches, and embark on Tullamore's SEVENTH INTERNATIONAL TOUR!!

The tour runs through May 1st... with such highlights as:

You can find out more about the tour via this link:

For you LAND ONLY packagers... get yourselves to Dublin Airport by 9:00a Friday morning, and we'll see you there!

For you GROUP AIR travelers... an overnight, trans-Atlantic flight from New York's JFK Airport to Dublin. Get yourself to JFK... Aer Lingus will take care of the rest. Dinner is served while in flight.

(Note - this day is not really part of the tour since the tour is a Land-Only package. It was numbered as a tour-day in the original flyer. That was a throwback to all of our previous tours/flyers. Mea culpa, mea culpa, mea maxima culpa.)

We assemble early Friday morning at Dublin Airport and are met by our Driver-Guides and Tour-Escort. We check in with them, get our luggage loaded, and off we go! We take a short jaunt to Balbriggan for our first full Irish breakfast at the Man O' War, and then we hit the road in earnest, heading north up and through the bustling town of Drogheda, and crossing the border into Northern Ireland at Newry.

We stop in Newry for a visit of the Cathedral of Saint Patrick and Saint Colman, the seat of the Bishop of Dromore since 1750. Designed by the city's greatest native architect, Thomas Duff, ground was broken on construction of the Cathedral in 1825, and its doors opened to parishioners in 1829. The Cathedral continued to be enlarged and beautified for another 75 years, with the tower and transept being added in 1888 and the nave extended in 1904. 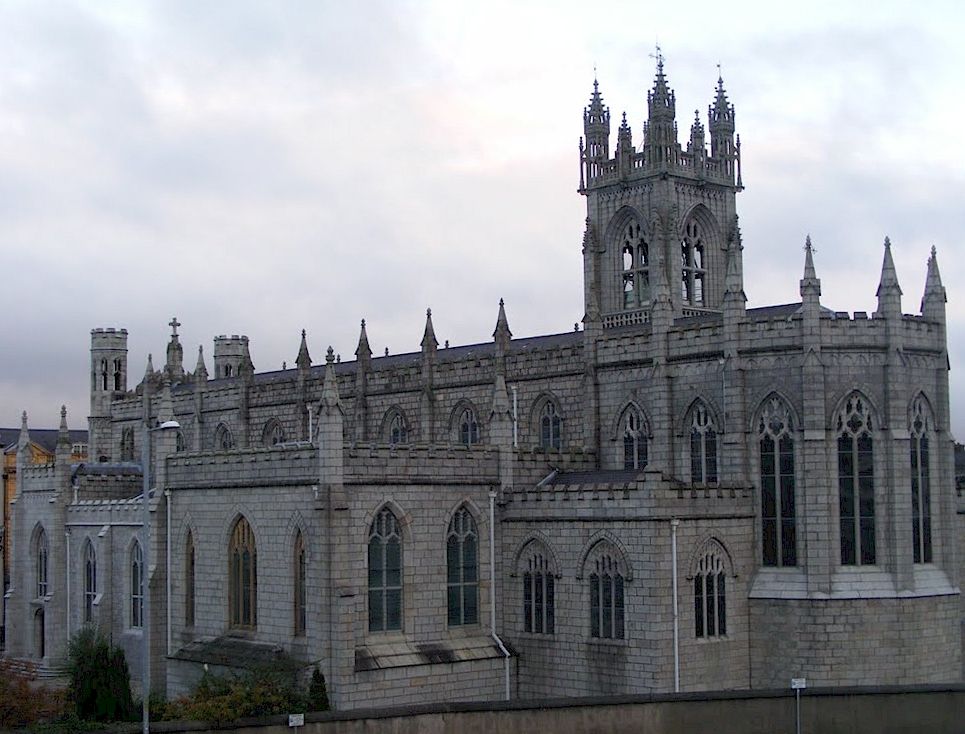 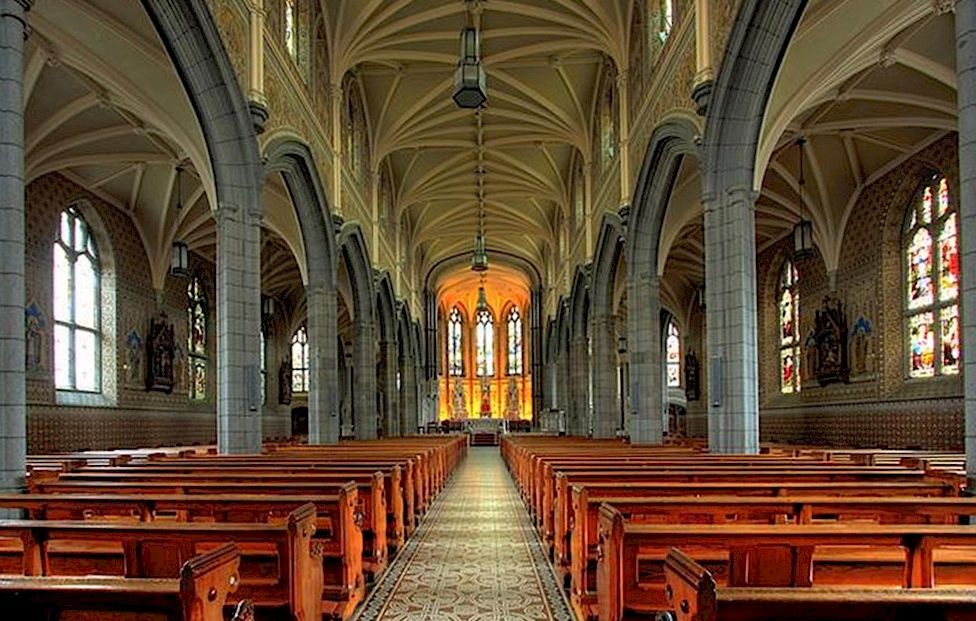 Back on the bus, we drive into beautiful and intriguing Belfast, once the second richest city in the British Empire. The Escort/Drivers will engineer our arrival at the Europa Hotel Belfast to coincide with check-in time. The rest of the day is on your own to explore Belfast.

Dinner, this evening, will be with the group. Come ready to meet some of the coolest people on Earth!

After a lazy breakfast, we’re off to visit the Titanic Museum, the world's largest Titanic experience. Nine galleries tell the story of the magnificent and ill-fated ship in a fresh and insightful way – from her conception in Belfast in the early 1900s, through her construction and launch, to her famous maiden voyage and tragic end. 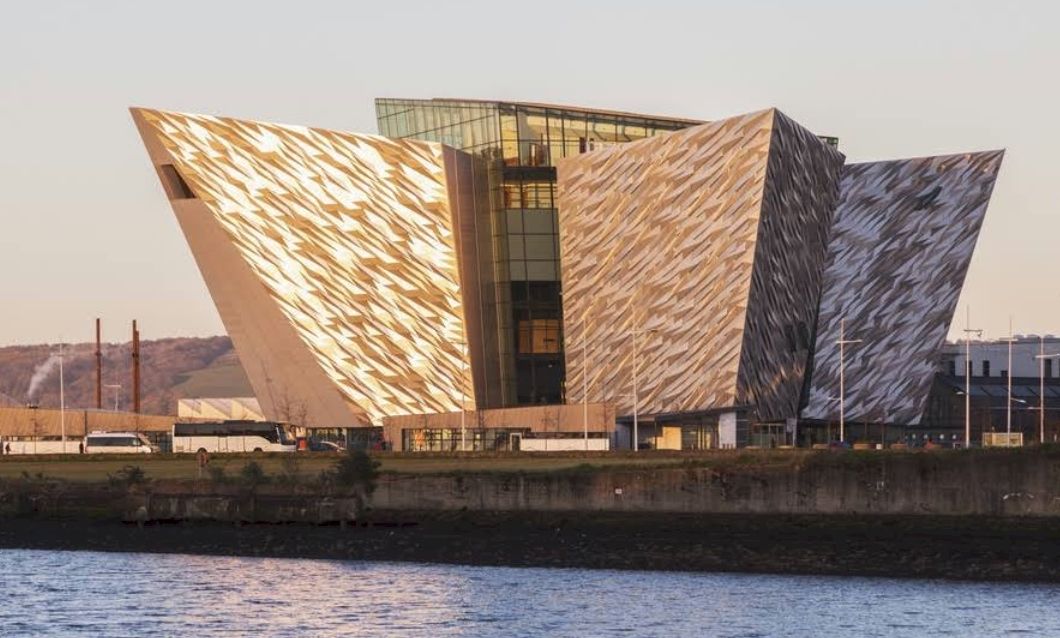 We take the bus back to the Europa Hotel, and the rest of the day is on your own to continue exploring Belfast.

Moving Day today. After breakfast, our morning departure from Belfast takes us north along the Coast Road and through the Nine Glens of Antrim. Considered one of the most beautiful views in all of Ireland, the journey offers wonderful views of the Antrim Mountains and their beautiful valleys and coastline. We travel along the spectacular coastline up to visit the Giant's Causeway. and its 40,000 interlocking basalt columns that form the legendary causeway built by the Irish giant Fionn mac Cumhaill. 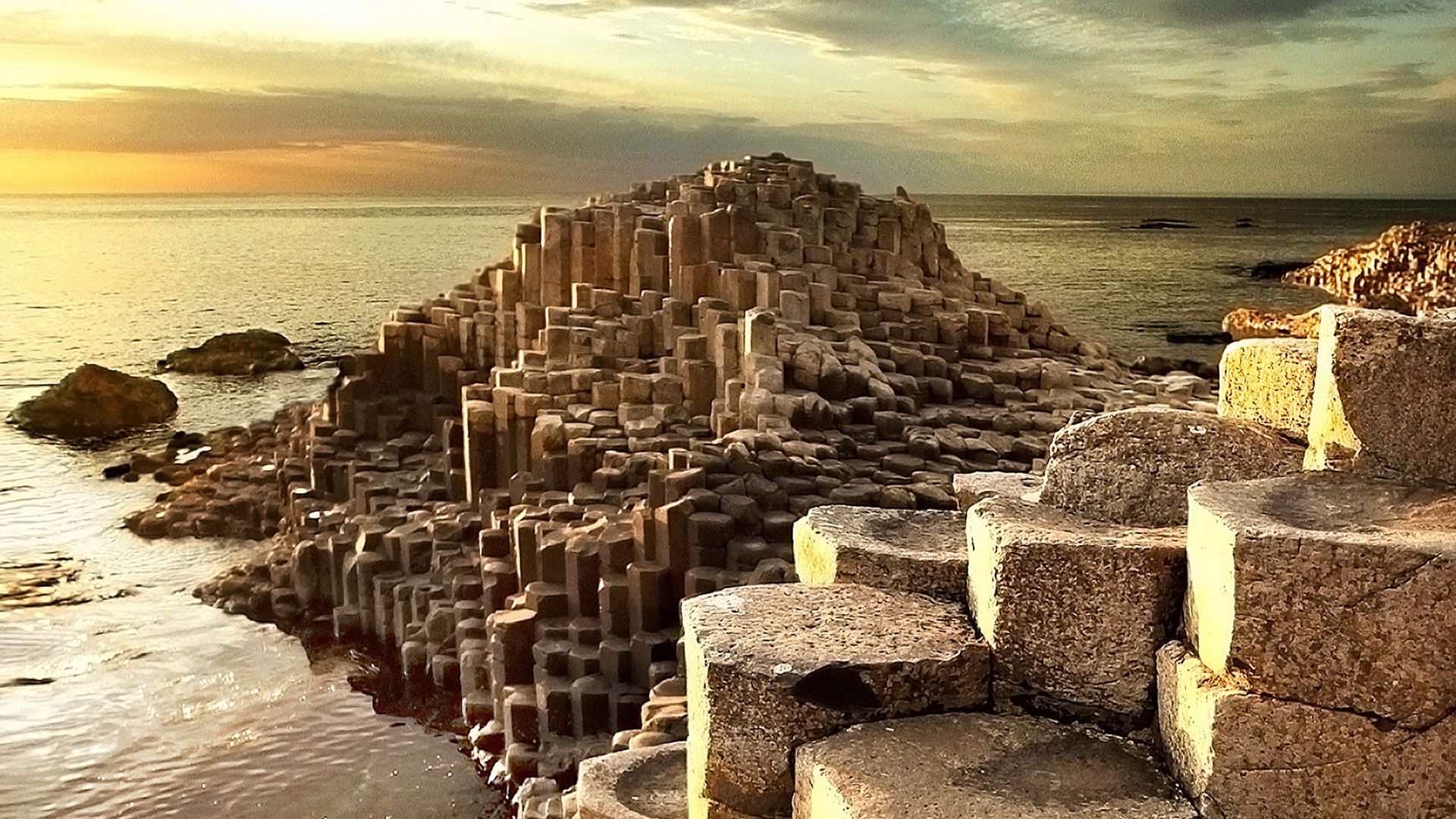 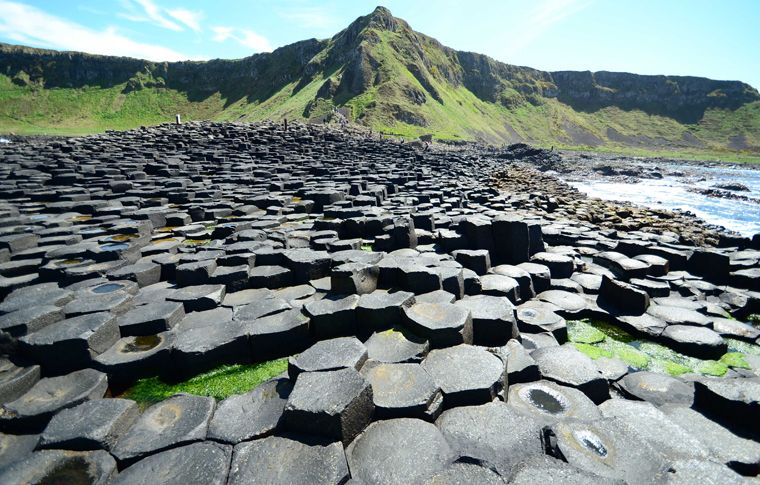 From there, we push on to Derry, checking into the City Hotel Derry upon our arrival. The rest of the day is on your own to explore Derry.

Dinner, this evening, is on your own. There will be a concert tonight at 8:00pm!

Moving Day today. After a full Irish breakfast, we set out to fully experience Derry’s history, strolling along the parapet walkways as we do the Walled in City Tour with expert-guide Ronan McNamara. Derry is one of the last fully-intact, walled-in cities left in all of Europe and a must-see for every visitor. We enjoy a panoramic tour of Derry including Derry’s Walls, The Bogside, The Peoples Gallery (Murals), The Bloody Sunday Story, The History of the Apprentice Boys, and The Marching Season Traditions. 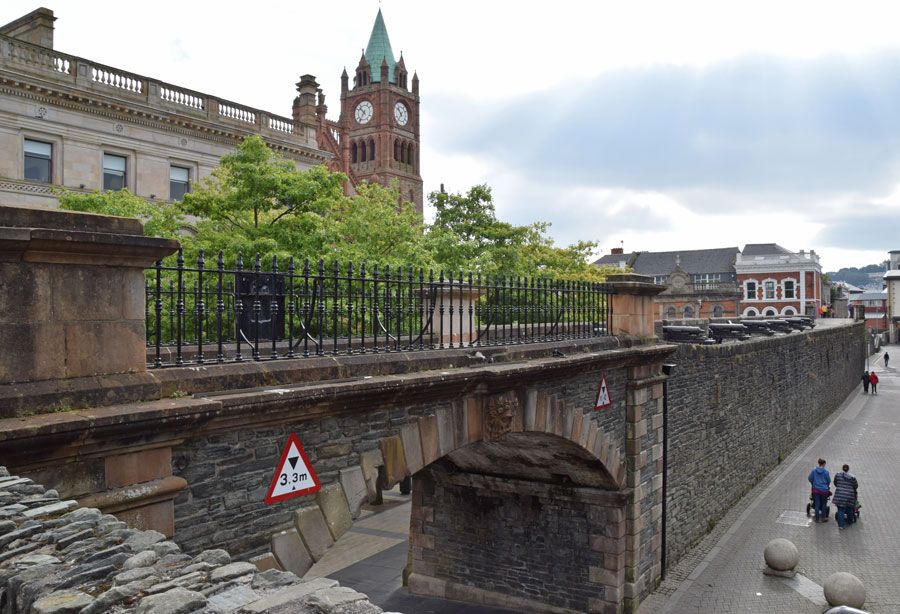 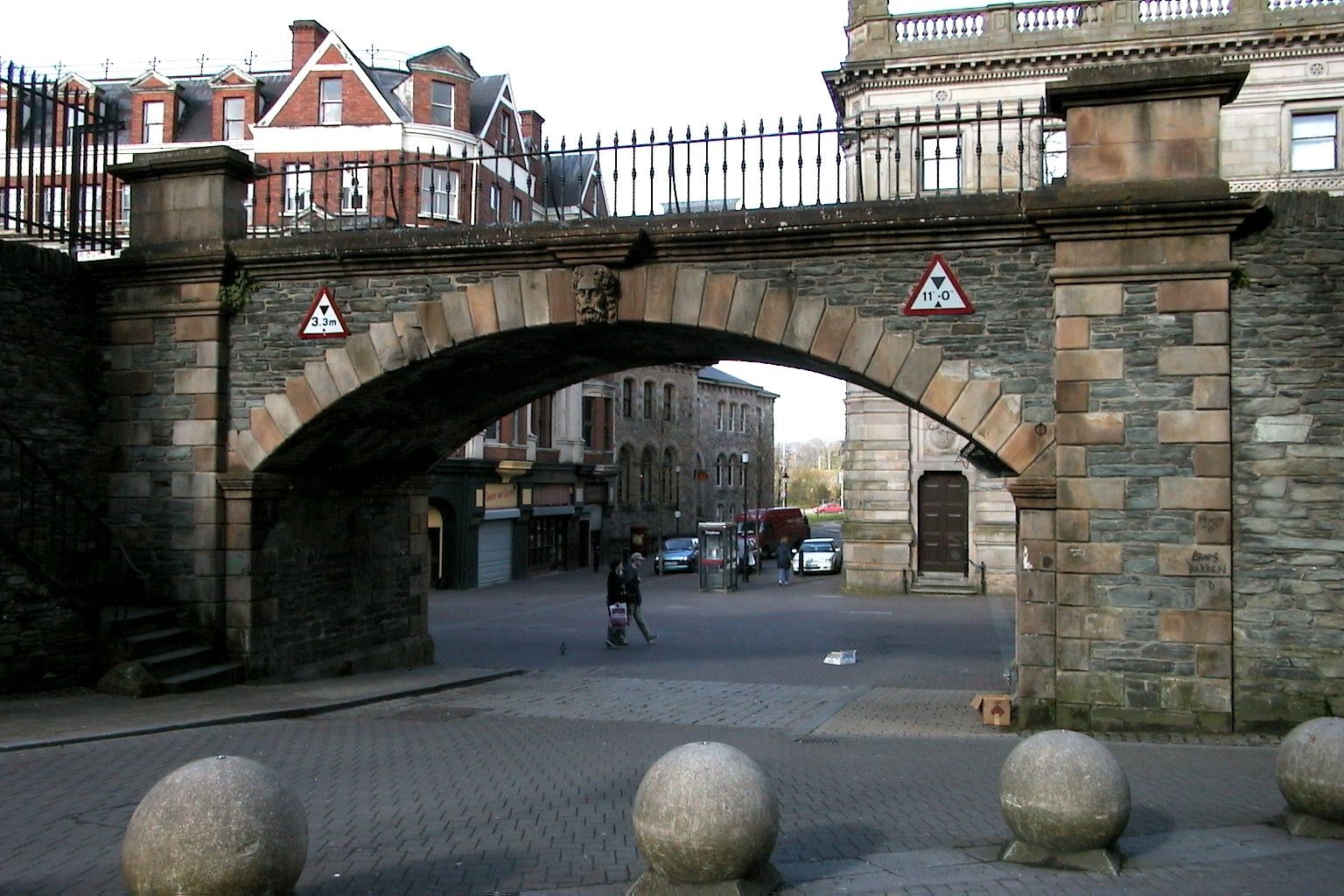 We depart Derry heading southwest and come to Ardara, a small village in the west of County Donegal once named “the best village in which to live in Ireland”. The attraction here is both an informative and a commercial one – a visit to the Triona Donegal Tweed Visitor Centre. You’ll have the opportunity to see how Irish wool is made and purchase some of the most beautiful woolens you’ve ever seen. This stop is the Zen of retail therapy. 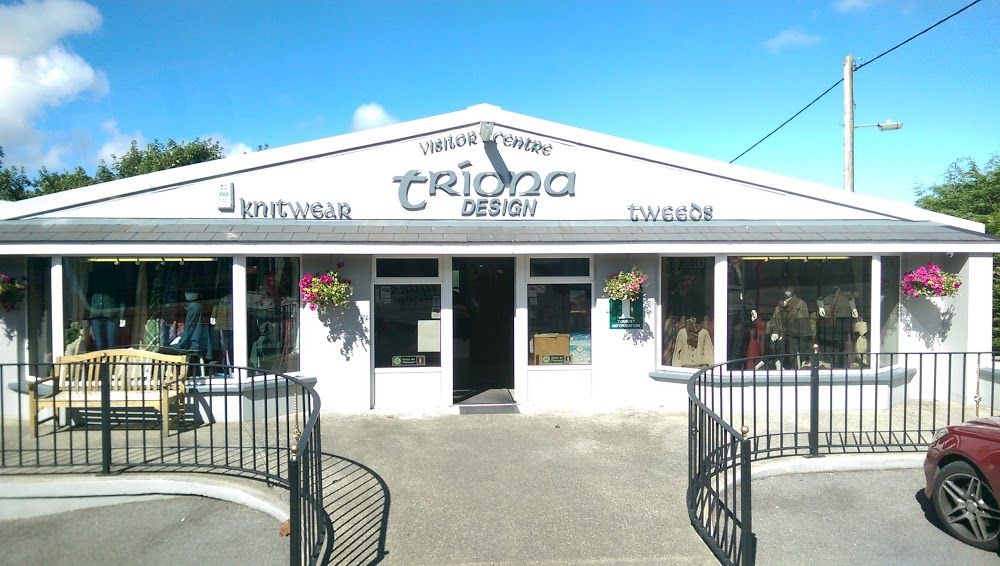 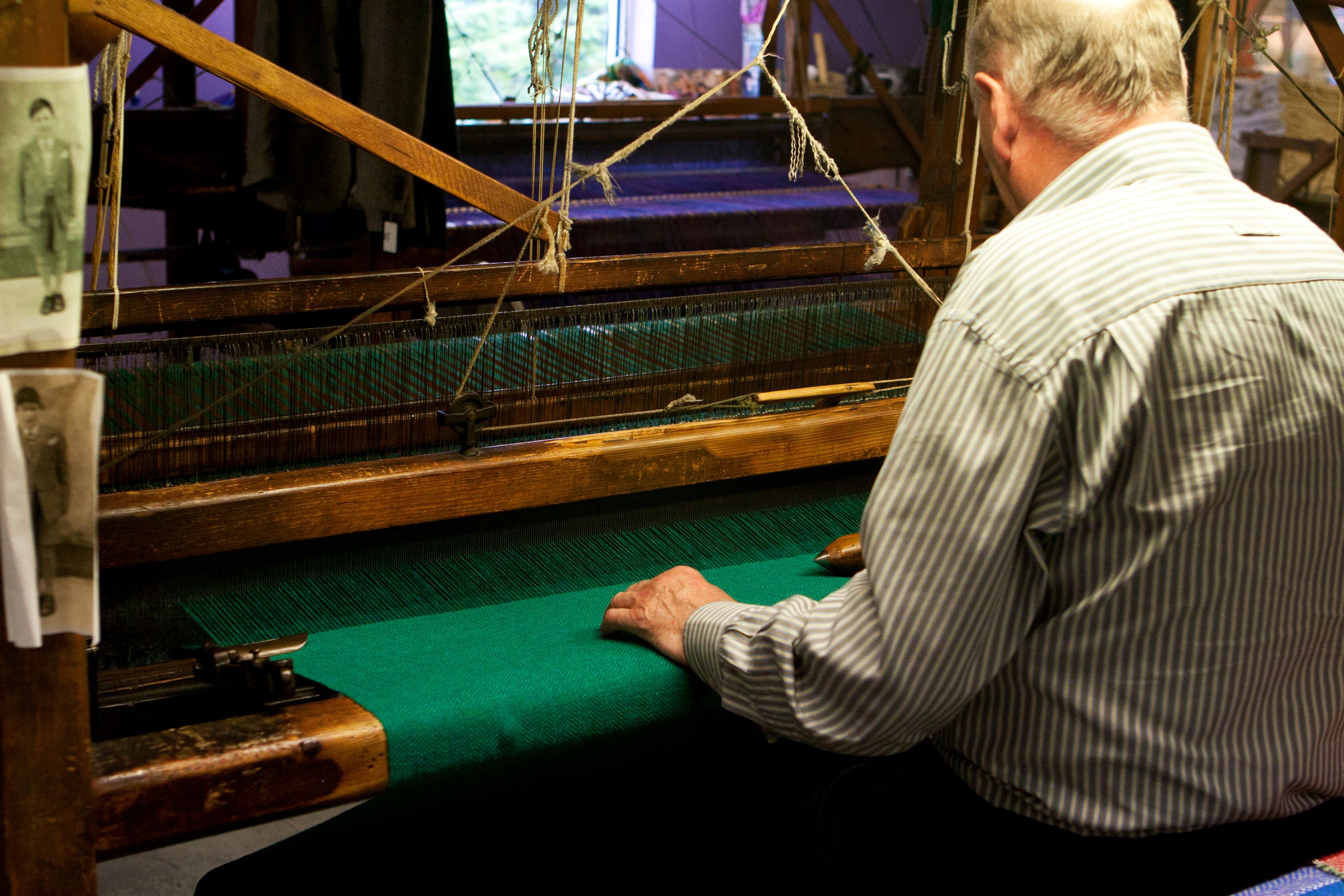 From there, we continue eastward on the coastal road along Donegal Bay, into and out of Donegal Town, and south to the popular seaside resort-town of Bundoran, to check into the Allingham Arms Hotel, described as the “Capital of Country Music”.

Dinner, this evening, will be with the group. Find some new, cool dinner-companions!

After a full Irish breakfast, we retrace our path for a short jaunt to Donegal Town to tour the stunning Donegal Castle, first mentioned in 1544 in connection with the wars between the sons of MacSweeney Doe. Wrecked sailors from the Spanish Armada were granted refuge here in 1588. By 1600, it had been captured and taken over by Eoghan Og MacSweeny, an ally of the English, who was unsuccessfully besieged there by his brother Rory in 1601. 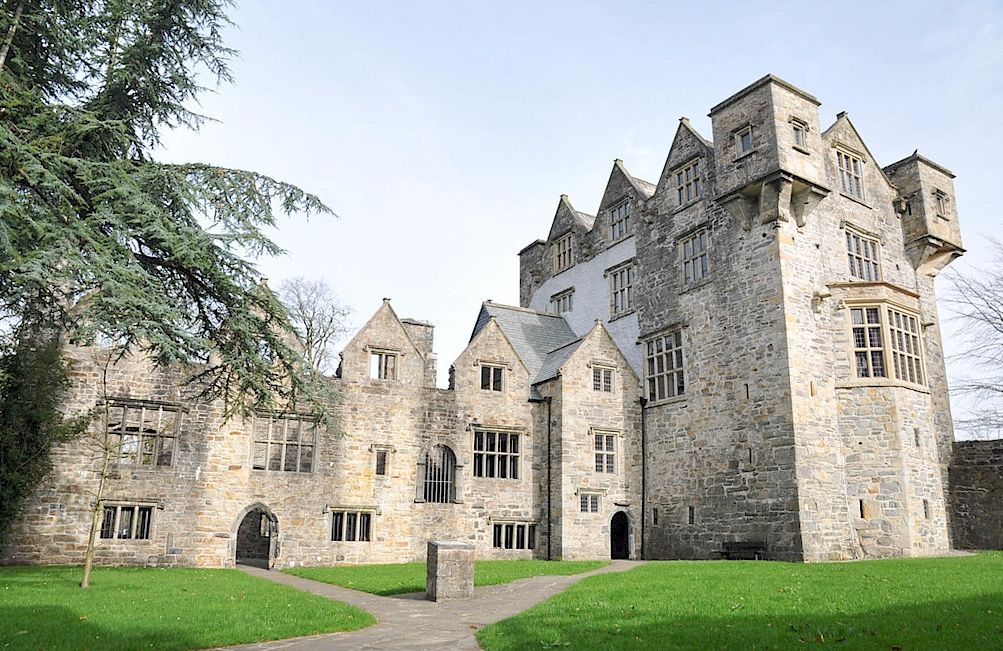 From there, head south to the town of Sligo, where you’ll have the afternoon to explore the town on your own. Visit the Yeats Building Visitors Centre where, for sixty years, the Yeats Society Sligo has celebrated the life and work of WB Yeats and his talented family. Or explore the fairly intact of ruins Sligo Abbey, originally built in 1253 by Maurice Fitzgerald, Baron of Offaly. Or visit Sligo Gaol or the Famine Memorial. 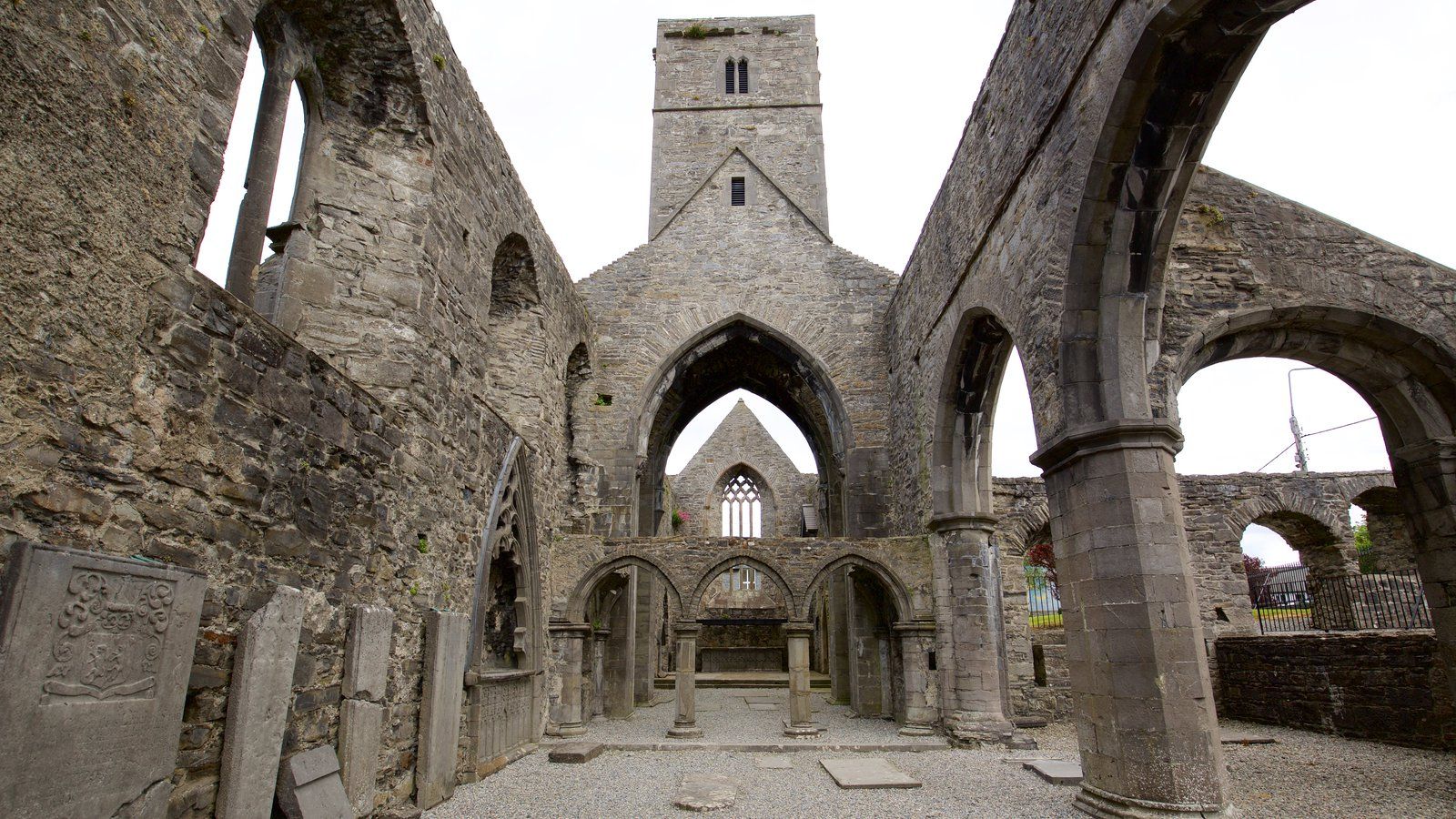 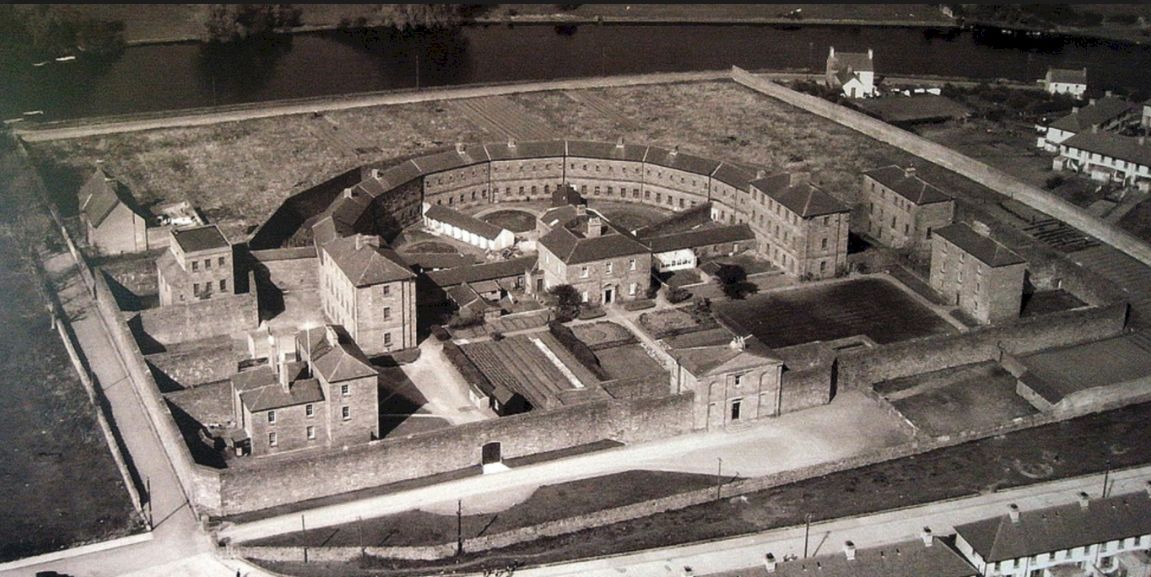 On the way back to Bundoran, we make a brief stop in Drumcliffe to see the High Crosses of St Colmcille’s 6th century monastery. 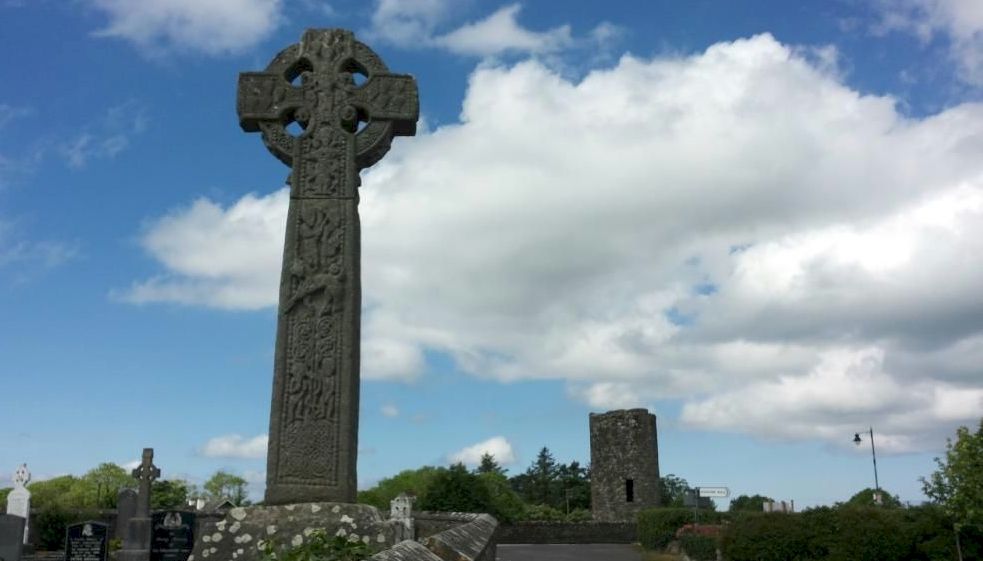 We take the bus back to the Allingham Arms Hotel to wrap up the day.

Dinner, this evening, will be on your own. There will be a concert tonight at 8:00pm!

Moving Day today. After breakfast, we venture southwest, heading through Sligo and on to the Carrowmore Megalithic Cemetery, the largest cemetery of megalithic tombs in Ireland, and also among the country's oldest, with tombs and monuments dating from 4300-3500 BC. Archaeologists have recorded over 60 tombs, of which 30 are visible. 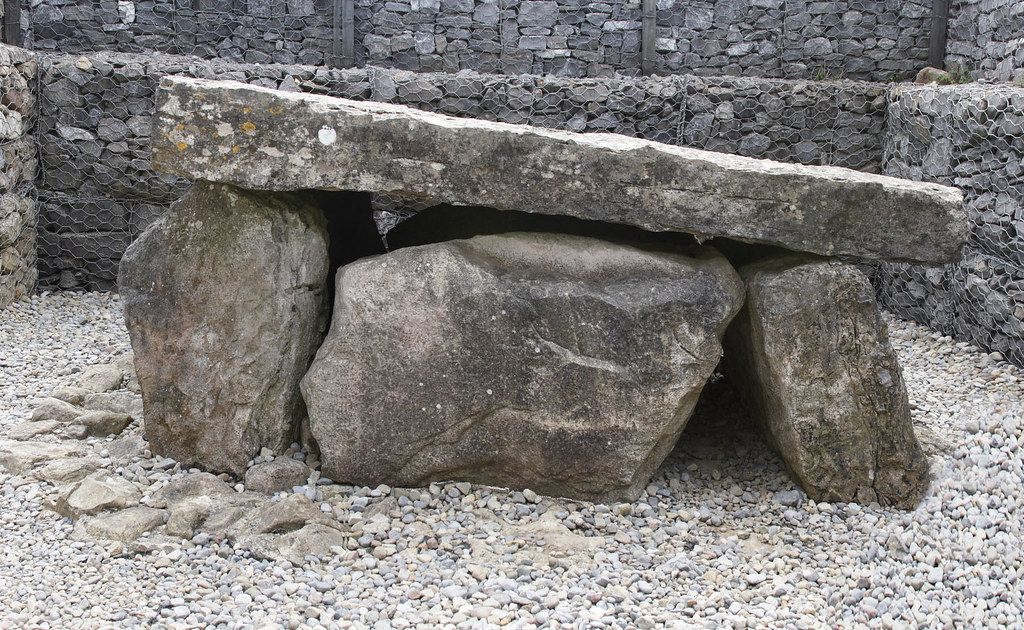 From there, we head south across Mayo and Galway to Clare and Dromoland Castle. The rest of the day you are on your own to explore, both indoors and out, the luxurious Castle and the panoply of activities the Castle has to offer. 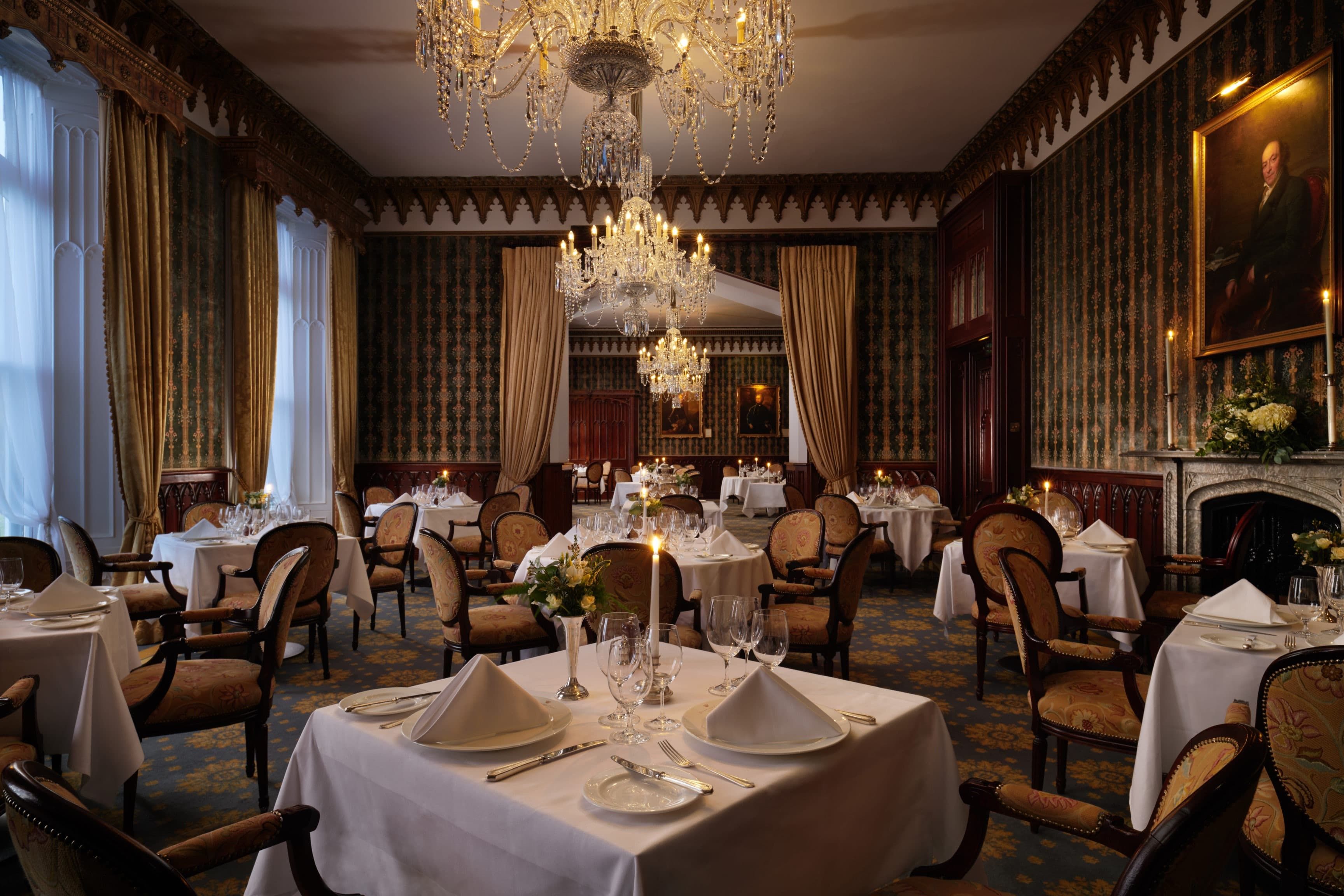 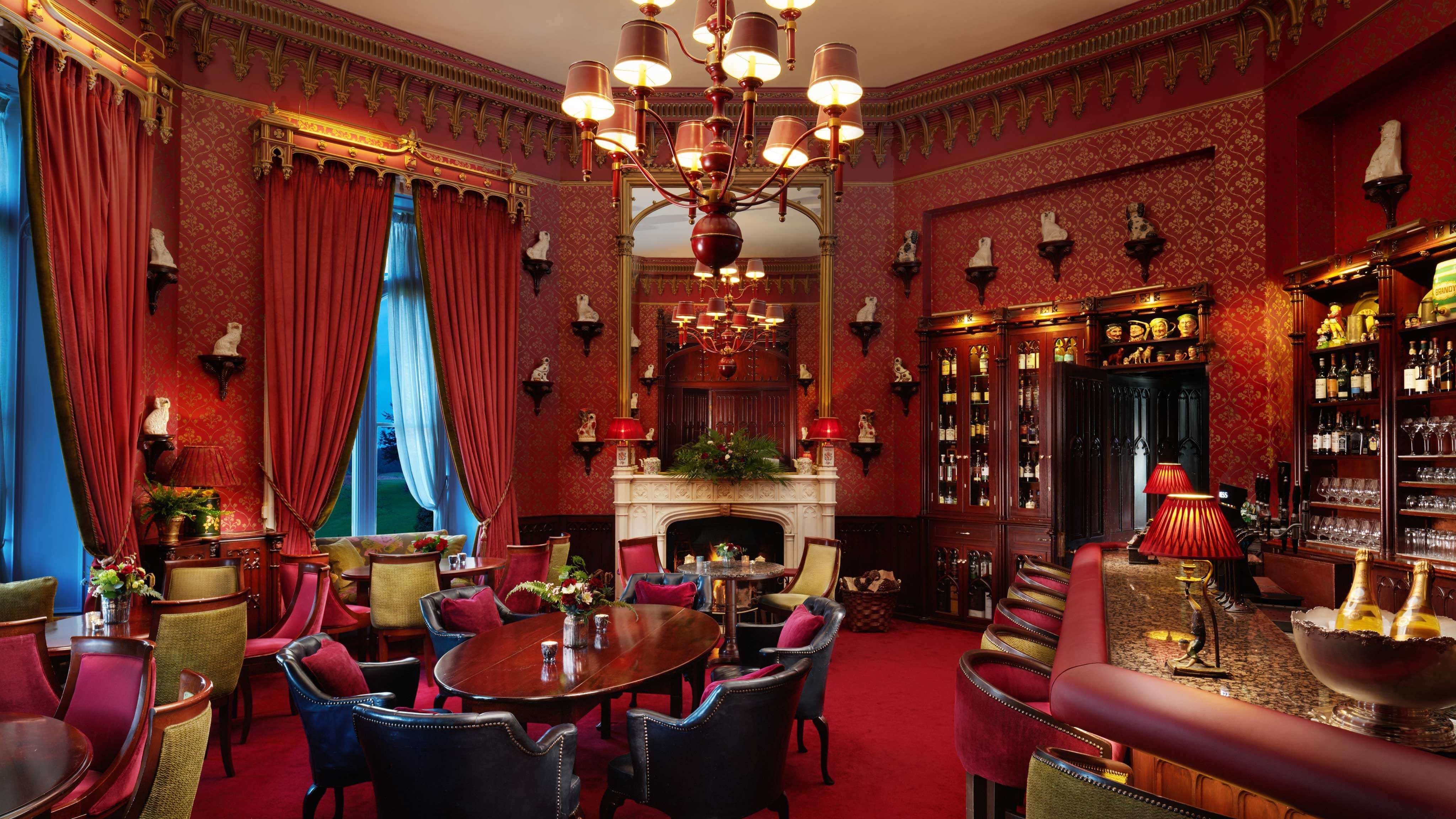 Dinner, this evening, will be a banquet in the Brian Boru Hall at the Castle. Semi-formal dress is requested. The banquet will be followed by a performance.

There’s not much to say about today. For the first time ever, our castle-stay is two nights! So be ready to enjoy another entire day on your own. Explore the grounds on horseback, go fishing, do some clay-pigeon shooting, take in the gardens, go cycling, enjoy a pony-and-trap ride, go boating, hike the Burren or the Doolin Cliffs, play a few sets of tennis, try your hand at archery, hit the spa, or enjoy the true sport of kings – falconry. (Be sure to schedule these activities in advance.) 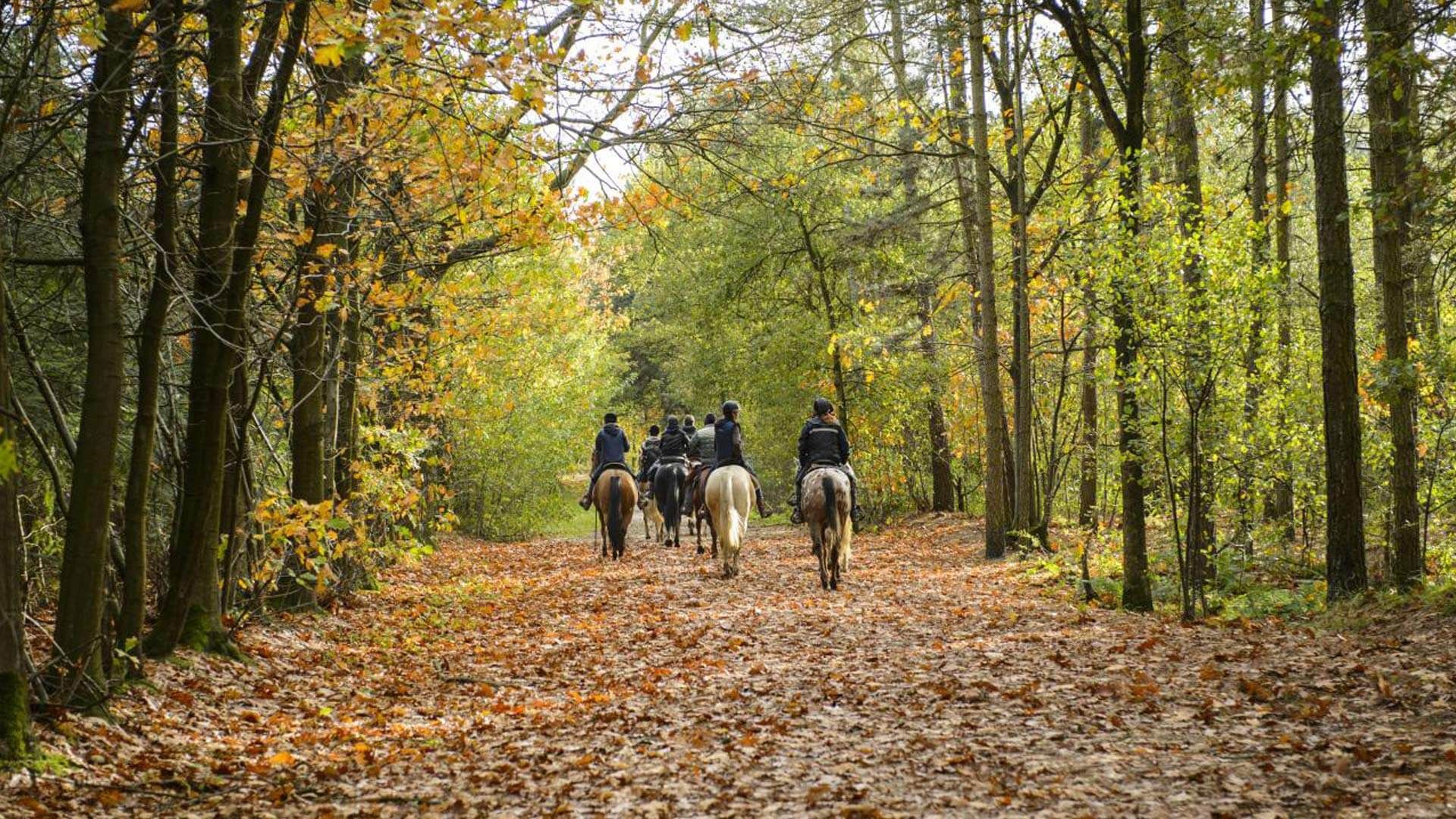 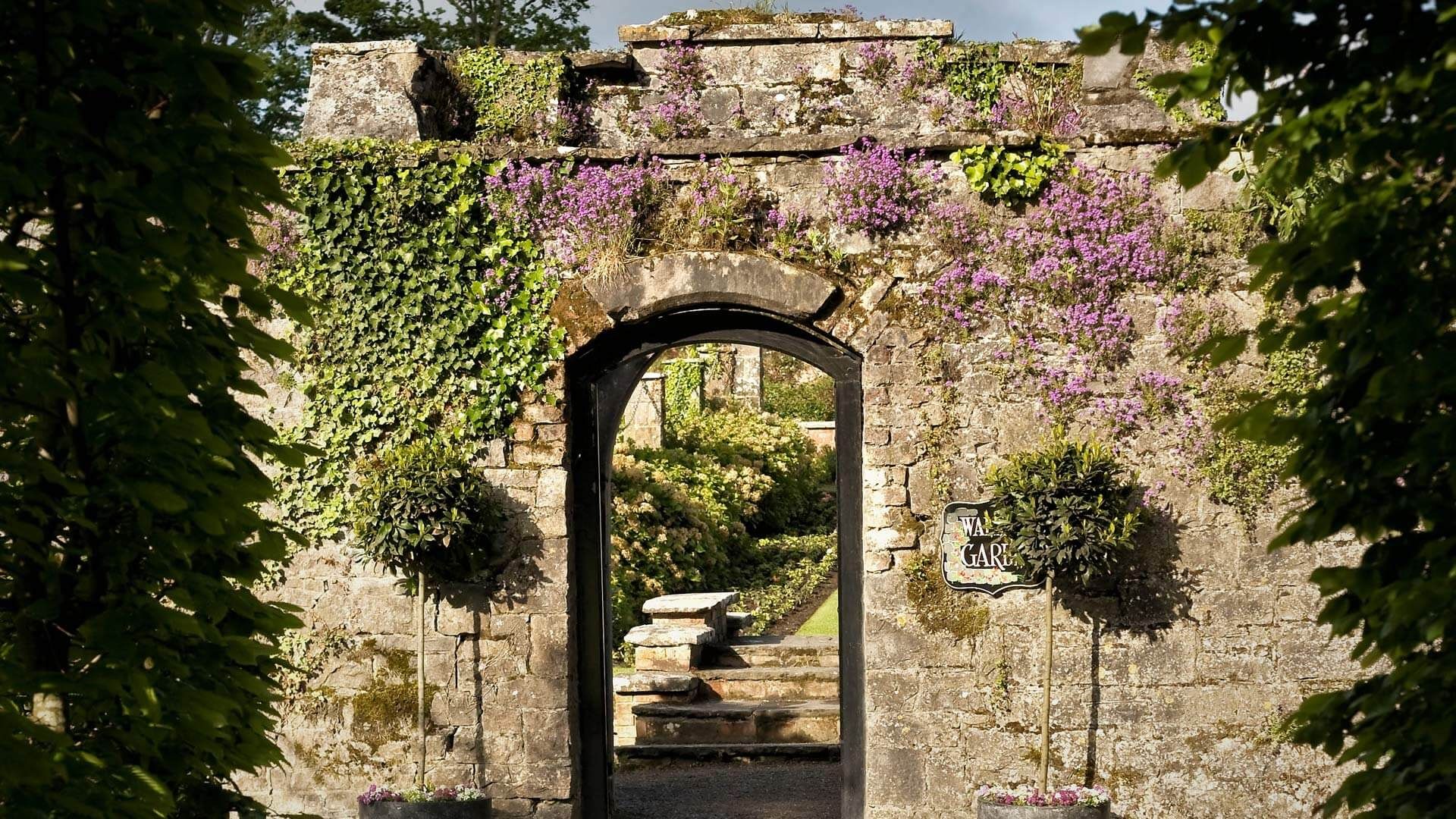 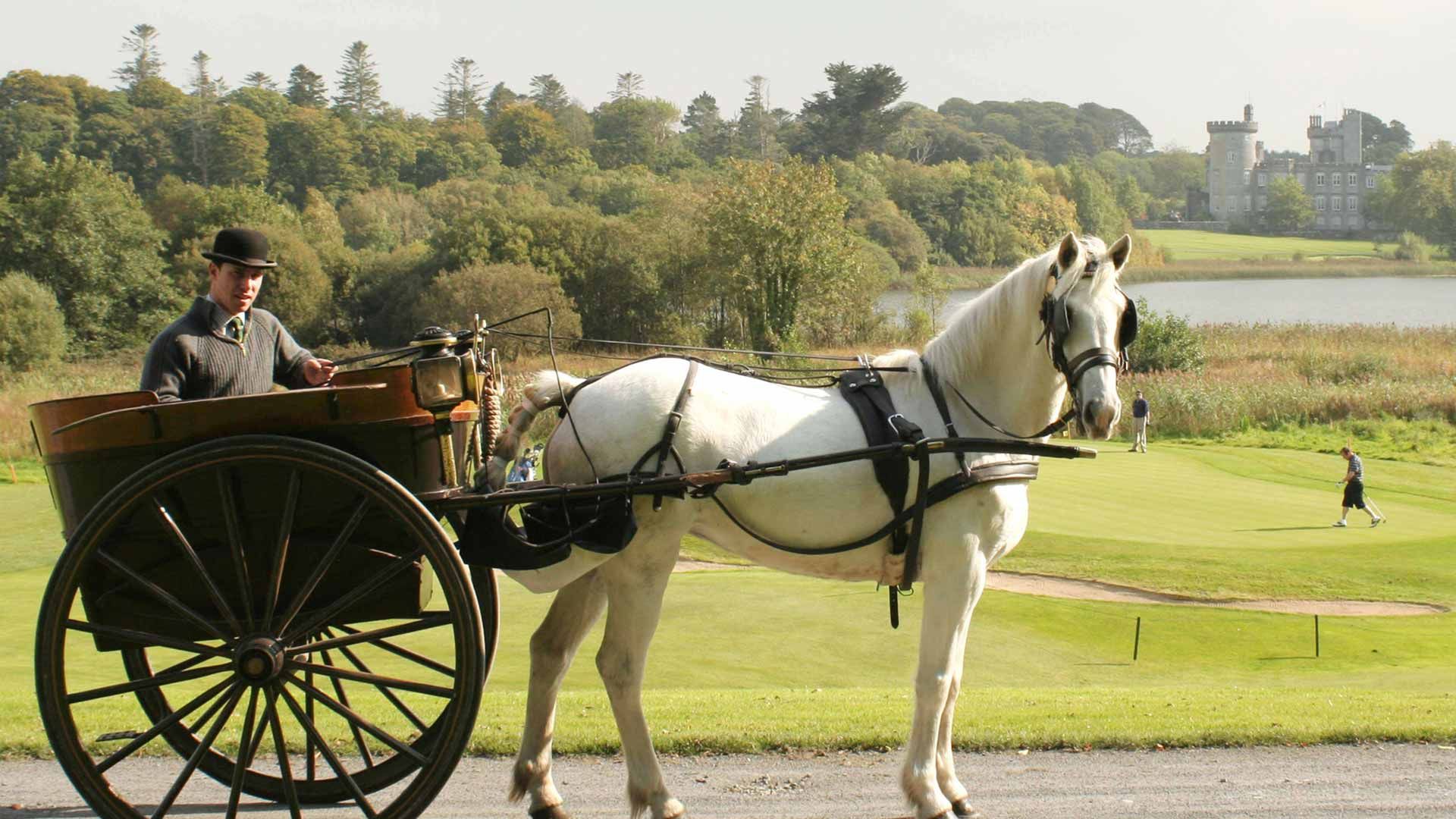 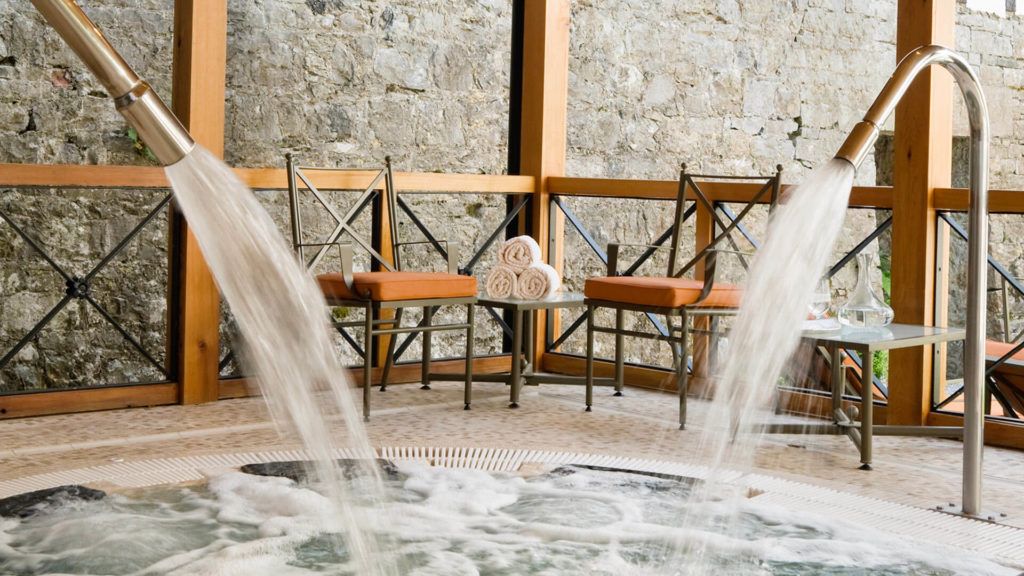 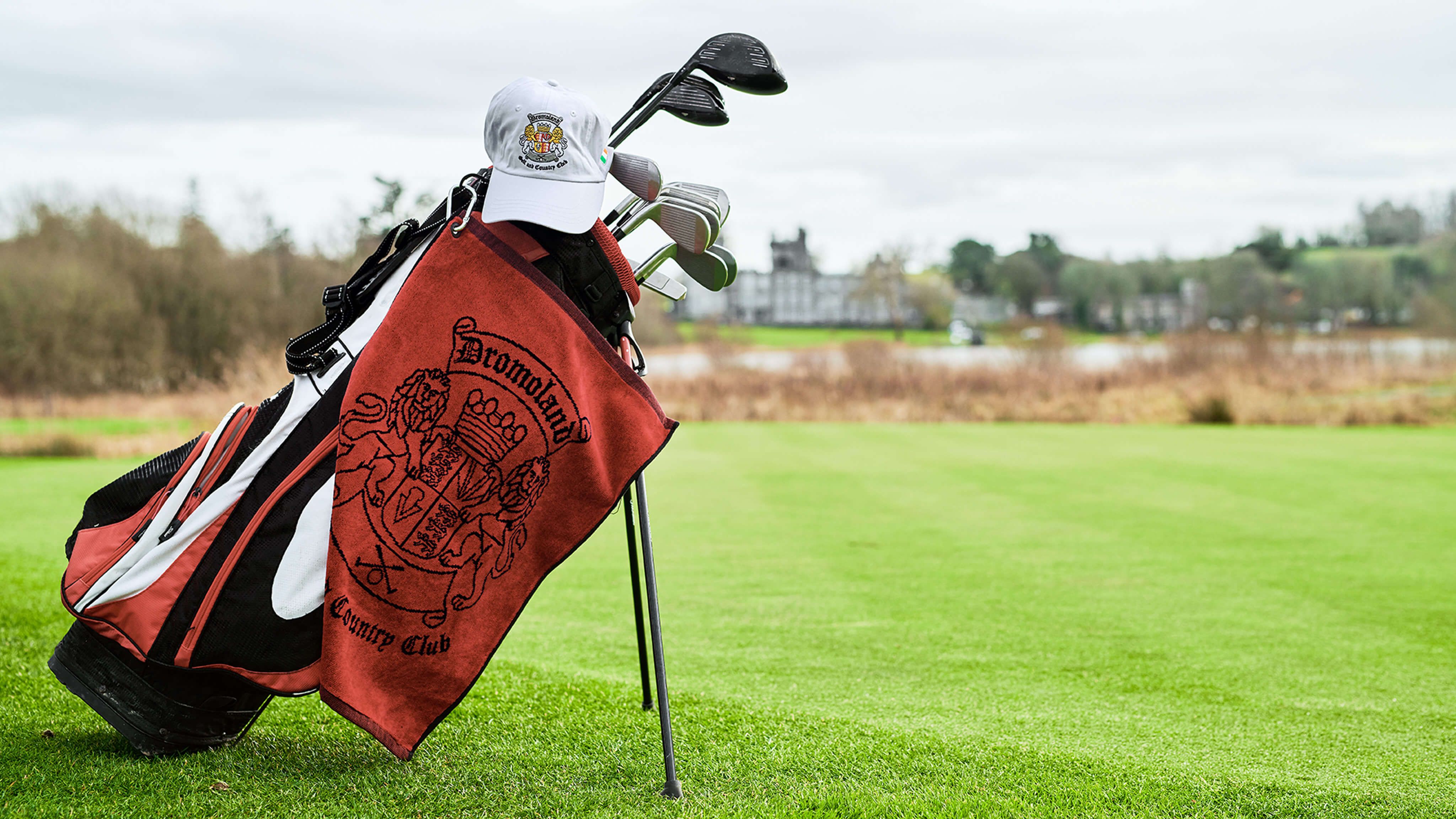 Dinner, this evening, will be a casual dinner with the group at the Castle's Fig Tree Restaurant.

Moving day today. After breakfast, we travel north to Athenry, hang a right, and drive on until we come to The Liberties in Dublin, and tour the Pearse Lyons Distillery - Dublin’s only independently, family-owned distillery. Located in the former St James Church in the heart of Dublin, and named after the late Dr Pearse Lyons, founder and whiskey innovator, the distillery opened its doors in 2017. The distillery pays homage to Lyons' ancestors, five generations of coopers in Dublin; and the tour not only reveals how Pearse Irish Whiskey is produced, it regales you with intriguing tales dating back to the 12th Century and delves into the history of St James Church and its graveyard. After your tour, relax in the bar and enjoy a tasting of Pearse’s "Trilogy". 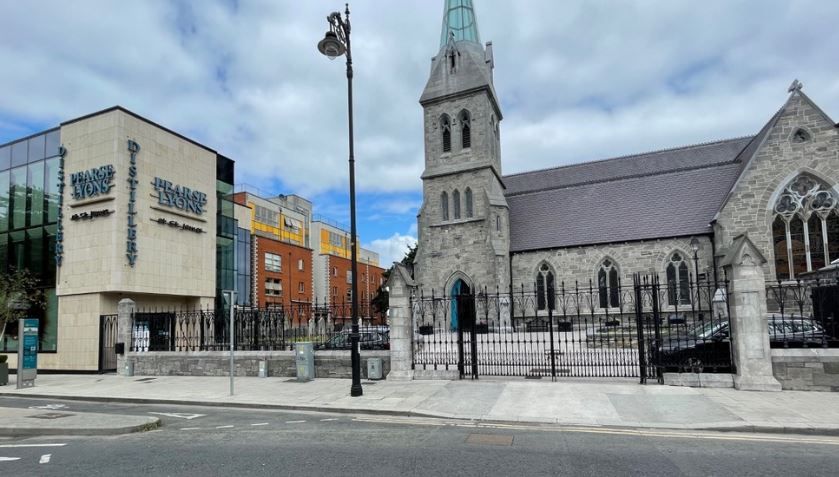 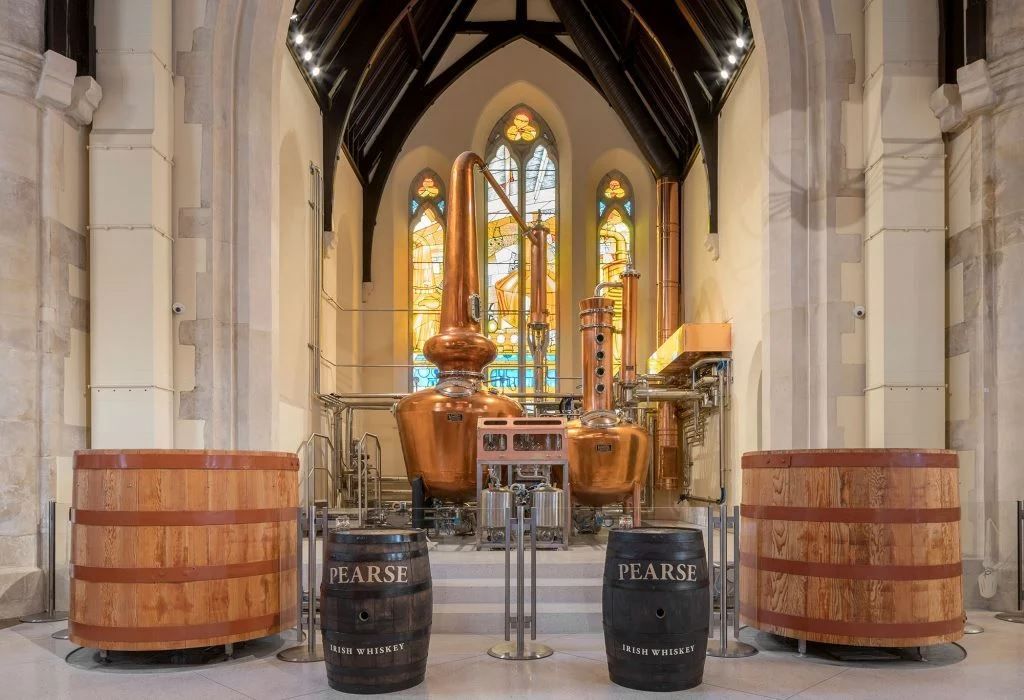 From there, we drive two entire kilometers to the other end of The Liberties, and check into the Radisson Blu Royal Hotel. The rest of the day you are on your own to explore Dublin.

Today is a day on your own in Dublin. We suggest a Hop-On/Hop-Off Dublin Bus Pass. You'll be sure to see St Patrick’s Cathedral where Jonathan Swift gave his sermons; or the magnificent Dublin Castle, home to Ireland’s state functions; or the G.P.O. on O’Connell Street, the scene of the 1916 Easter Uprising; or the famous Phoenix Park where Pope John Paul II said Mass in 1979 to over a million people; or Trinity College to view the Book of Kells, the 8th-century manuscripts, still preserved as they were when the monks produced them all those centuries ago; or pay homage to Ireland’s most famous brew at the Guinness Storehouse. And be sure to visit Dublin’s oldest Pub this afternoon, the Brazen Head. Or enjoy a Literary Pub Crawl this evening after dinner. 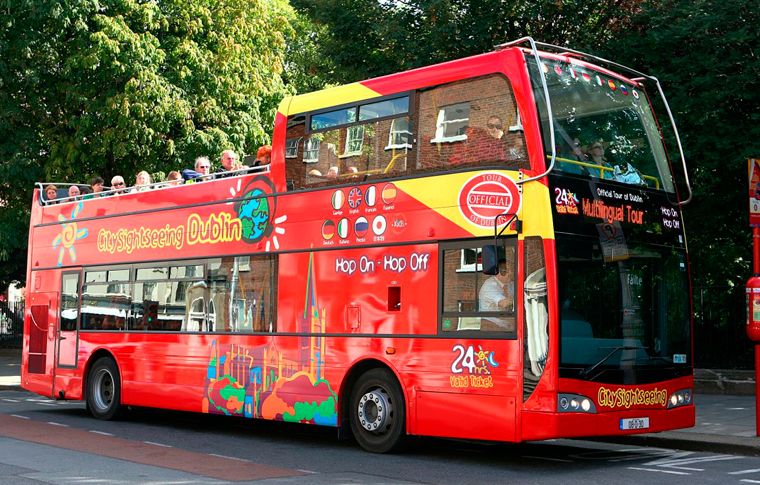 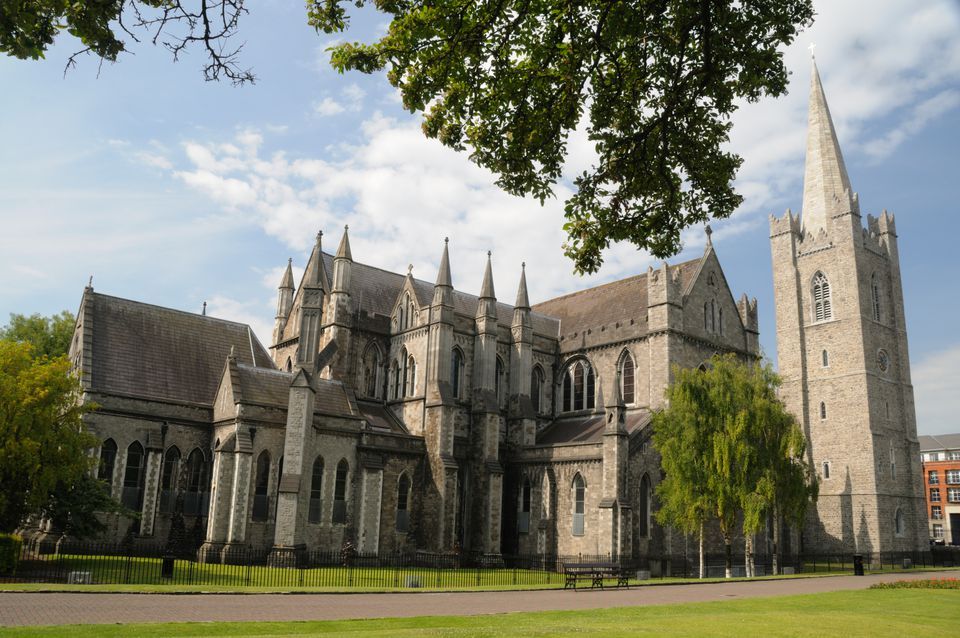 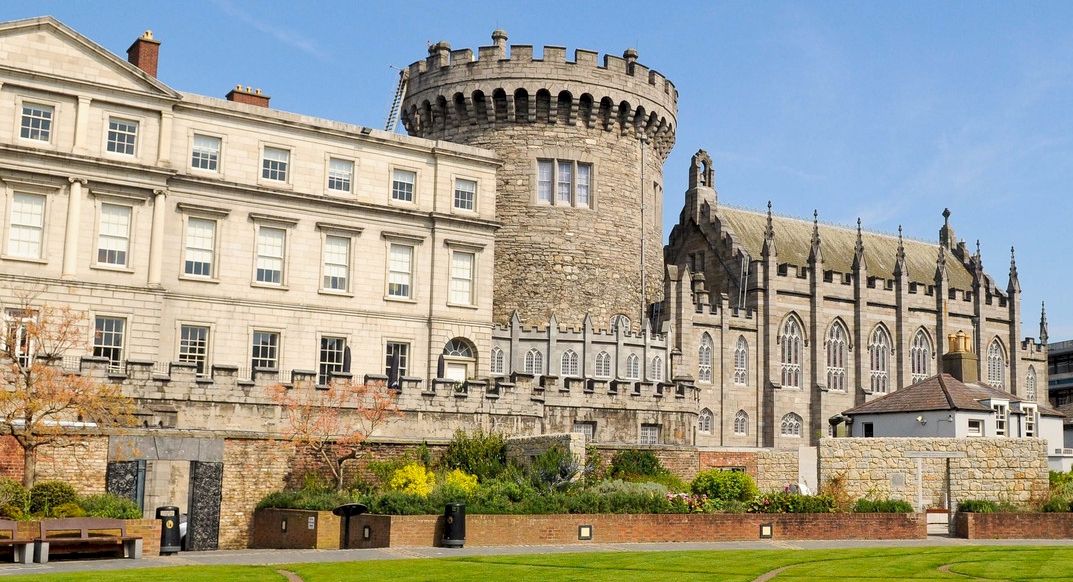 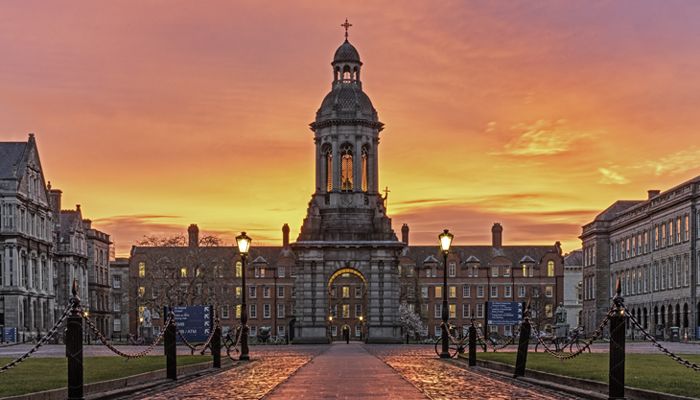 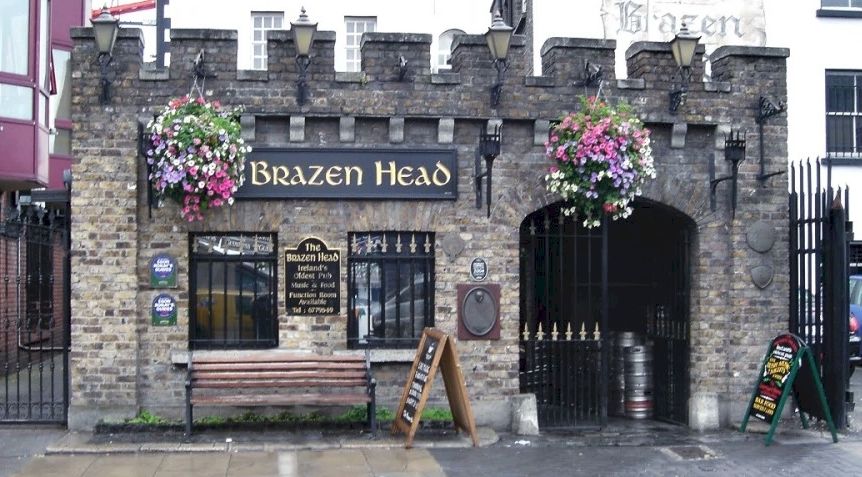 Moving Day today, and at long last the last day of the tour. After our final full Irish breakfast, we transfer to Dublin Airport for our flight home. Arrive home the same day. In the true Irish Tradition, we wish you a “Safe Home”

This will be a two-coach tour. It has been planned as a two-coach tour from the word 'go', with special attention paid and care taken to address all the considerations that come with taking two coaches.

*Your personal travel choices and needs are best served by arranging your own air-travel. It is both Tullamore's and Hammond Tours' strong recommendation that you do so. It is best to begin looking one year out. That said, if arranging your own air-travel is unworkable, you may elect to take part in the Group Air-Travel that Hammond Tours will arrange, round-trip from Newark to Dublin. The carrier, cost, and itinerary will be confirmed on or about June 1, 2021. Either is fine. (Tullamore will be taking advantage of the group air-travel.)